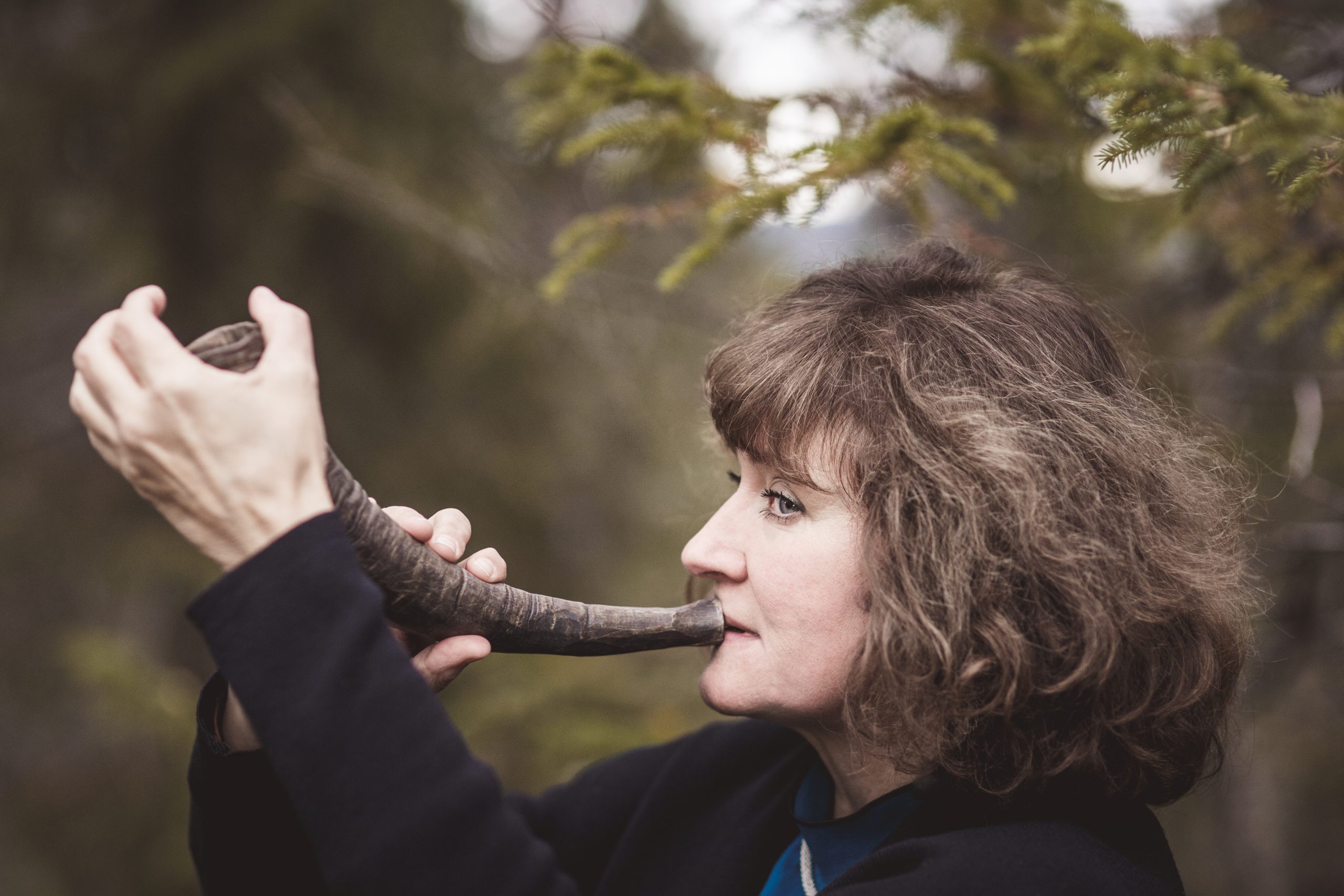 «WITH THE FORCE AND POETIC WARMTH OF A MASTER»
Today, the most powerful voice in a domain often referred to as “the Nordic sound” belongs to Hildegunn Øiseth. When she lifts the goat horn to her lips, she fills the room with the musical power of a master, while at the same time expressing a poetic warmth that is uniquely hers.
Those of us who crave our daily dose of ethno- electronica are equally enthusiastic when Hildegunn Øiseth this time around also tries out her electro- nically adapted trumpet sound in an unusually responsive acoustic band. Manana embraces more of Hildegunn Øiseth’s dynamic universe than her previous releases, while allowing her sensitive and down-to-earth personality to shine as vulnerably as ever.
— Ivar Orvedal

Hildegunn Øiseth studied at the Swedish Music Aca- demy (Ingesunds musikhögskola) in Arvika. After gra- duation, she became a member of the Bohuslän Big Band and worked with the orchestra from 1990 to 1999. After this engagement, she settled in South Africa until 2001, where she played in the band Uhambo (two al- bums). She also performed in Malaysia, Pakistan and the Middle East.
Øiseth released her debut album Hildring in 2009. For this record, she focused on the traditional Norwegian instrument Bukkehorn, made from the horn of a goat. For Hildring, she combined this rural sound with the use of electronics. Her second album, Stillness (2011), with Mats Eilertsen, Thomas Strønen and the pianists Torb- jørn Dyrud and Eyolf Dale, was praised highly by critics. Øiseth then went on to work with Tommy Kotter, Peter
Janson and Anders Kjellberg, recording the album Va- lencia (2013) and ultimately showed, that she was to be recognized as a «striking trumpet voice of the Scan- dinavian jazz world». During this time she also toured with her Worldmusic project Rabalder, which brings to- gether musicians from different parts of the world, and worked as the bandleader of the Norwegian-Palestinian collective Sharaka.
Currently, she is a member of the Trondheim Jazz Or- chestra and Marilyn Mazurs Shamania. Since 2012, she has represented Norway in the Jazz Baltica Ensemble at the JazzBaltica Festival. Today Øiseth is concentrating mainly on her own Quartet, («Time is Coming», Loosen Records, 2016) and in 2019 founded her latest project PANDA, which was created during her work on a large composition commissioned by the Jazzfest Trondheim.